Sitting down in a typical office workplace environment bored stiff as the outer shell of a boiled egg – lies dormant the creativity of business ventures, ideas and an impact to be impressed upon the world.  “Working 9-5” as the country-folk singer sang, is deemed as conformity as is what the greater percentage of Britain work if not more lengthy hours than this.  The question, “what does it take to be original?” is always the answer to the question of, “what does it take to be successful?”


On the one hand, a bold, confident, well-planned and structured idea can be the start of an original business, line of work by simply following through a creative idea to solve the problems that we face on a day-to-day basis.  Monday to Friday we work hard and expect a long and relaxing weekend, fun-filled at the least.  How then can this be expedited?


Many believe that to be original it requires one to be daring and this is partially true. However, there is more to it.  People from certain socioeconomic backgrounds for example of low-income homes are usually the owners of businesses that are presently having a global impact.  Despite their great educational/academic background, they fell short when it came to finances.  Wisdom, technology and the media have favoured them to push forward and delve into careers where heights had not yet reached.  Contrastingly, one could argue that in any business venture there are plenty of risks involved hence the majority of dormant entrepreneurs remain.  In addition to this with age and time comes responsibility and family in which dependants are involved.  The ambition to strive becomes more and more diluted and less and less swimmingly feasible.


It has been shown in the history and in present times globally that to be original and creative is to be successful though time is needed to build, learn and achieve these goals they are always worth the investment.  Self-belief, originality and creativity.  Most businesses that grow are usually out of a place of boredom, disappointment and failure.  Although as the saying goes, “where one door shuts another one or window opens”.


In consideration, however, I believe that creativity will always lead to success.  Creativity as stated in my previous blog is, new, unique, and different.  Why conform when you can transform  (Rom 12:2) and make a platform that inspires, aspires people educationally, financially and mentally.


In present climate, to be original means to be separate from the crowd, to stand out and to launch into the new.  These things are the opposite of conformity to dull everyday mundane, routine tasks.  This can even involve the food we eat and the inflexibility of our weekly diary schedules.  Whatever happened to spontaneity? For instance to illustrate this point further take Darwin’s evolution theory of natural selection.  To survive means that one has to be the best, top of their food chain and most influential.  This is better known as, “survival of the fittest”.  But wait, “what about those who are the fittest and most creative?’ In all businesses, academia and vocational endeavours, it takes confidence and literally a leap of faith to achieve the unthinkable and unattainable.


In conclusion, would it be better to manage yourself, your staff, or any interns or would it be better to be managed well into your old age by a system where less impact is made due the confinements and rules that are limited to change.  When I think of creativity I think of the fastidiously vetted architecture of the Egyptian pyramids which stands as one of the many wonders of the world.  But there is someone that is the most creative...He created you and me.  He’s a wonder!
divinehouseofmakeup@gmail.com 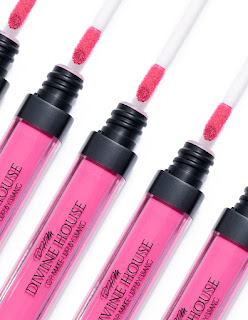